The elves and the Shoemaker

Once upon a time there was a poor shoemaker who lived with his wife. He made excellent shoes and worked quite diligently, but even so he could not earn enough to support himself and his family. He became so poor that he he could not even afford to buy the leather he needed to make shoes; finally he had only enough to make one last pair. He cut them out with great care and put the pieces on his workbench, so that he could sew them together the following morning. His wife asked, "What will happen to us? The cupboards are bare, and we have no firewood. Even our last candle has almost burned away." She was very worried. "Don’t worry," said the shoemaker. "Things will work out for us. You'll see, I will finish these shoes tomorrow, and someone will buy them." He cut out the leather and then went to bed. The shoemaker would finish working first thing in the
قسمت اول

The next morning, he awoke early and went down to his workshop. On his bench he found an exquisite pair of shoes! They had small and even stitches, formed so perfectly that he knew he couldn't have produced a better pair himself. Upon close examination, the shoes proved to be from the very pieces of leather he had set out the night before. The shoemaker called for his wife to come and look at the wonderful shoes. She was just as amazed as he was. "Who could have made these shoes?" she asked. They immediately put the fine pair of shoes in the window and drew back the blinds
قسمت دوم 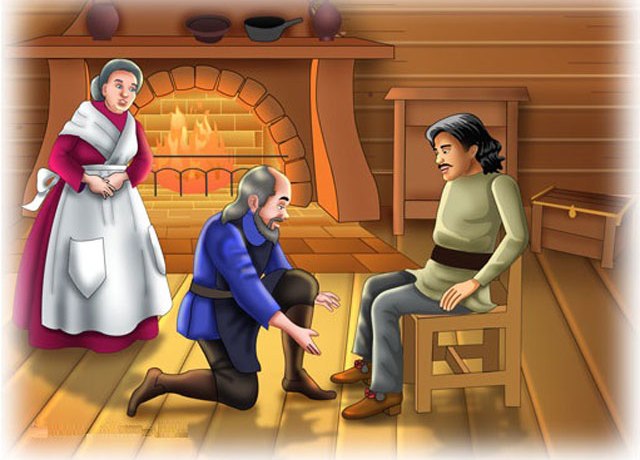 Who in the world could've done this great service for me?" he asked himself. Even before he could make up an answer, a rich man strode into his shop and bought the shoes-- and for a fancy price. The shoemaker was ecstatic; he immediately went out and purchased plenty of food for his family--and some more leather. That afternoon he cut out two pairs of shoes and, just as before, laid all the pieces on the bench so that he could sew them the next day. Then he went upstairs to enjoy the good meal with his family
قسمت سوم 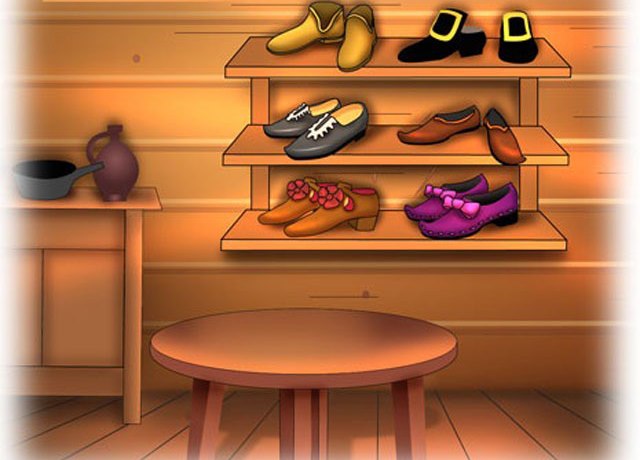 My goodness!" he cried the next morning when he found two pairs of beautifully finished shoes on his workbench. "Who could make such fine shoes--and so quickly?" He put them in his shop window, and before long some wealthy people came in and paid a great deal of money for them. The happy shoemaker went right out and bought even more leather. This continued for many nights, until the shoemaker's shelves were filled with beautiful shoes like no one had ever seen before
قسمت چهارم

Soon his small shop was crowded with customers. He cut out many types of shoes: stiff boots lined with fur, delicate slippers for dancers, walking shoes for ladies, tiny shoes for children. Soon his shoes had bows and laces and buckles of fine silver. The little shop prospered as never before, and it's proprietor was soon a rich man himself. His family wanted for nothing
قسمت پنجم 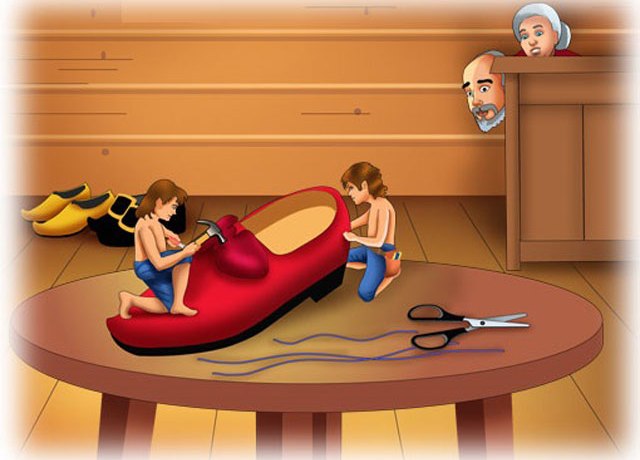 ."As the shoemaker and his wife sat by the fire one night, he said, "One of these days, I shall have to learn who has been helping us ."We could hide behind the cupboard in your workroom," she said. "That way, we could find out just who your helpers are
قسمت ششم 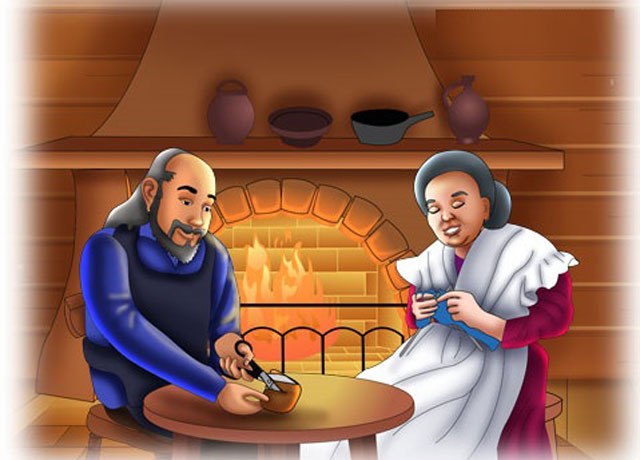 And that was just what they did. That evening, when the clock struck twelve, the shoemaker and his wife heard a noise. Two tiny men, each with a bag of tools, were squeezing beneath a crack under the door. Their clothing was old and worn, which made the shoemaker and his wife sad. The elves wore thin, torn pants that were ripped and covered with patches. They were making shoes, but they didn't have any for themselves. The next day, the shoemaker's wife said, "Those little elves have done so much good for us. We should make some gifts for them." "Yes!" cried the shoemaker. "I'll make some shoes that will fit them, and you make some clothes." They worked until dawn. The presents were laid out upon the workbench: two tiny jackets, two pairs of trousers, and two pairs of shoes. They also left out some plates of good things to eat and drink. Then they hid once again behind the cupboard and waited to see what would happen
قسمت هفتم 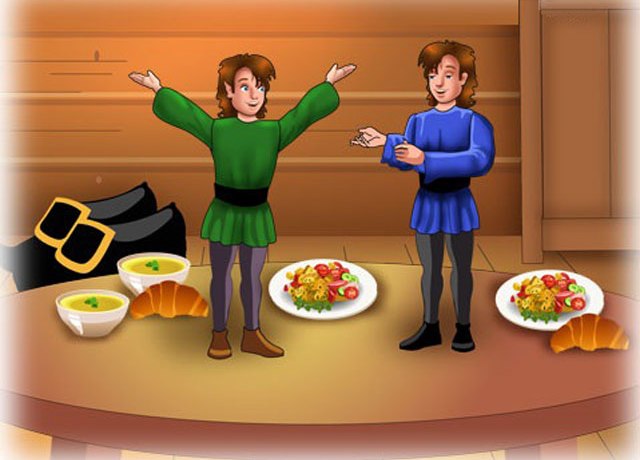 Just as before, the elves appeared at the stroke of midnight. They jumped onto the bench to begin their work, but when they saw all the presents they began to laugh and shout with joy. They tried on all the clothes, then helped themselves to the food and drink. Then they jumped down and danced excitedly around the workroom, and disappeared beneath the door
قسمت هشتم

After that, the shoemaker cut out his leather as he always had--but the two elves never returned. "I believe they have heard us whispering," his wife said. "Elves are so very shy when it comes to people, you know." "I know I will miss their help," the shoemaker said, "but we will manage. The shop is always so busy now. But my stitches will never be as tight and small as theirs!" The shoemaker did indeed continue to prosper, but he and his wife always remembered the good elves who had helped them during the hard times
قسمت نهم